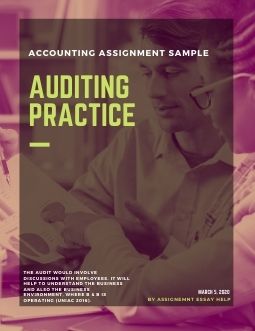 You can download the sample Finance Resource essay on Accounting for Managers with the following question for free at the end of this page. For further assistance with Finance Assignment help, please check our offerings in Finance assignment solutions. Our subject-matter experts provide online assignment help to Finance students from across the world and deliver plagiarism free solution with a free Turnitin report with every solution.

Barry and Betty (husband and wife) have been running their business as a partnership for more than twenty years. Both of them are near retirement age but they feel so attached with their business that they would not like to sell it. On the other hand the demand for their products is rising significantly that they have to expand their production department and recruit more staff. Moreover the expansion also requires more financial investment in the business.

At a partner’s meeting they decide to transfer a major part of their shares to their children.

They have two daughters and one son. Their son (Robert) is an air-conditioning engineer whereas one of the daughters (Chan) is a medical practitioner. The youngest daughter holds a degree in management. The children are excited by this move, but the youngest one (Jane) tells her parents that before doing any transfer, it is necessary to convert the partnership into a company. It is agreed and the company is incorporated under the name of B & B Co. Ltd. The shares are distributed as follows:

The reason for giving Jane a larger share than the other two children is because she will be involved in the day-to-day management of the company. During the first meeting of the company, Jane informs all the shareholders that the business is no longer governed by Partnership law, but the Corporations Act and the requirements of the Corporations Act are different from that of the Partnership Act. Jane makes it very clear that the company, given its size, needs to have its financial statements audited every year. The other shareholders agree with the proposal but argue that they need to understand:

The audit would involve discussions with employees. It will help to understand the business and also the business environment, where B & B is operating (UNIAC 2016). The information would be used to assess whether there will be risks that may have the impact on the financial statements. The audit will involve internal control testing through the assessment of authorization, the responsibility and deliver of duties. If it will be detected that control is ineffective, then it reflects that there is likely to have a high level of material misstatement. Documents will be reviewed to get an idea about the system or process being audited. An audit will involve assessing the estimates made by management and accounting principles being used. It will also evaluate the overall presentation of financial statements. Different financial statements such as the balance sheet, the income statement, the statement of the shareholders’ equity and the statement of cash flows will be audited by focusing on their each and every item. For this, different procedures will be adapted (Bragg 2013). For example, an analysis of the overall items will be done by conducting the historic, future and industry based ratio comparisons. Similarly for the cash items, bank reconciliation will be reviewed and on-hand cash will be counted. Restrictions, those are on bank balances will be confirmed. For inventory item, the inventory count will be examined and the invoices of suppliers are examined. The current production costs and the overhead allocation are reviewed. Similarly, for accounts receivables, the account balances are examined and the collections are investigated. Also sales and cut off procedures, if any will be tested. In this way, each and every item will be examined and investigated.

Audits will be conducted in accordance with Australian auditing standards. According to these standards, the audit should perform in such a way to provide the reasonable basis to assure that the financial statements presents a true view without any material misstatement. Then, based on all these, an audit report will be produced, containing an audit opinion along with the basis………………