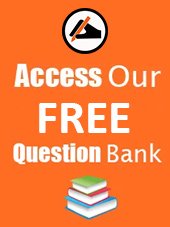 To help, students understand the wide variety of assistance with law assignment questions we have successfully delivered in the past, we are showcasing a small sample of University Assessments related to Law Assignment Question.If you want to order a similar assignment reach out to our  law subject matter experts.

To promote your store to new customers you decide to run a Beatles Trivia competition on Wednesday nights, called “Beatle’s Battle”. The competition will be run over 6 weeks with the two top teams with the most points battling it out in the grand final in Week 6.

The interest is high, and the competition is fierce. You are expecting a lot of spectators.

You have been to watch a Beatles impersonation group called “The Fab Four” and realise you could use this to promote your trivia night. You use your mobile phone and record “The Fab Four”, create a video promoting your competition and put that on your website. The video gets 1,000 hits in the first day.

Don has also seen the video. He thinks it is fantastic but thinks he can do more with it. He downloads the video from your site and mixes the video with that of the cats appearing to sing the Beatles songs. Don uploads that onto his social media pages. It goes viral.

You see the video and think Don has stolen your original video. You claim Don has infringed your copyright.

Andrew the manager and “Paul” in “The Fab Four” also sees both videos and claims that he is the true owner of the original video, as he is the Manager of “the Fab Four”

With reference to the Copyright Act 1968 (Cth) and cases, discuss who owns the copyright in the original video, and if Don has infringed the copyright.

At the Beatles Battle, you set up a cloak room for people to check in their extra belongings. Ringo, who you have given a second chance to, is running the cloakroom.

Ringo is instructed by you that when a person hands over a piece of clothing, he is to give them a ticket which has a number on the front and states on the reverse side:

“We do not take any responsibility or liability for clothing checked in to our cloakroom.”

Bob hands over his coat and his original Beatles bag to Ringo and receives his ticket with the disclaimer on the back.

When he goes back at midnight to collect it, it is no longer there. Ringo has got confused when handing back a number of Beatles bags and clothes and has incorrectly given it to a different person whom he cannot remember. Bob wants the owners (partnership) of Beatles Memorabilia to pay for the replacement of his bag which cost him $200.00.

Can you rely upon the exemption clause on the ticket.

You have t-shirts you sell at the bar with your logo. They are unique to your store. The t-shirts are on sale for $45.00 each. You tell Ringo to offer a special price at the “Beatles Battle” of $30.00 each. Due to the loud Beatles music being played in the shop Ringo does not hear you correctly writes on the white board that the shirts are “$13.00 each.” Barbara has come in 5 minutes later and wants to buy 5 t-shirts. She hands you 5 x $13 = $65.

Are you obligated to sell the T-shirts to Barbara at that price? (10 MARKS)

You have been manning the bar all night making your famous “Diamond’s” alcohol cocktail. At the

Beatles Battle Joe who has been drinking the special Beatles cocktails and has a bar bill of $180.00 for his cocktails, gives you a box he found in his mother’s house and asks for $50.00 cash for it. You give him $50.00 and take the box of him. He seems very happy with the deal.

The next day you realise it contains some very rare Beatles figurines. You know Rita is an avid collector of Beatles figurines. You send Rita an email asking her if she is interested in the figurines for a total of $5,000. Rita responds immediately saying “Will only pay $4,500. What say you?” At 9.00am the next morning you send Rita an email saying “Okay, good, I can agree on a price of $4,500.” At about the same time Rita sent an email saying “Cancel my earlier counter-offer. I will take the figurines for $5,000 as I need them to complete my collection and I cannot bother with haggling over the price.”

According to the electronic records

Is there a valid contract between you and Joe?

Have the figurines been sold to Rita, and, if so, at what price?