Changing education scenario due to the internet Skip to content 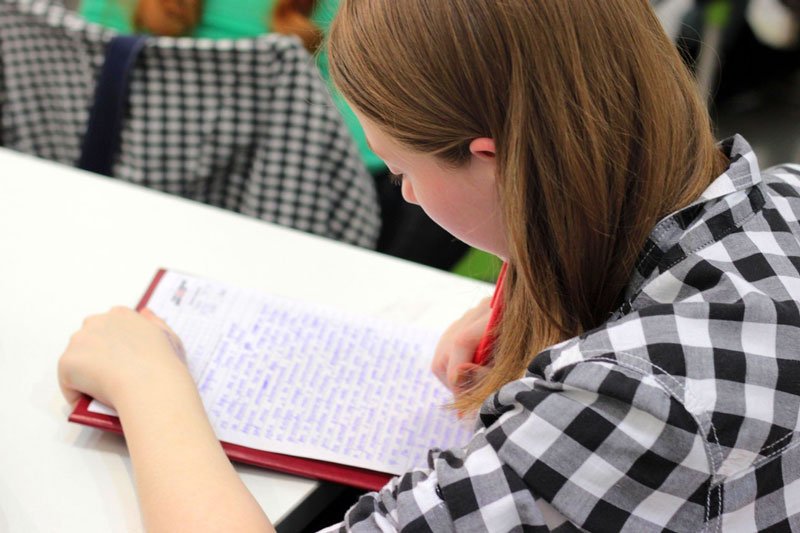 World will adjust with time or rather humanity adjusts itself with its time and space.

As humans, we have progressed from the prehistoric era till now. By observing, analyzing and negotiating with our surroundings and the times we lived in, we have passed on the torch of knowledge.

Placed at a time of technological explosions and digitized forms of knowledge- sharing, we seems to be confused more than confident about our progression. Confused as of how to stabilize our focus at a time when a world of information is a click away. Internet and web-based technology has engineered our lives. Be it the connectivity, speed of information exchange, or the perception of knowledge.

For example, search engines like Google have dismantled the concept of memory. Now, a person doesn’t need to memorize a particular information when needed. Instead one can ‘google’ the keywords related to a required information and end up getting a lot more than what one actually need.

A team of educators at Rocketship Education is working towards bridging the gap between proficiency and growth scores of students in the primary education. The focus is on creating a personal connect between the teacher and the students. Even with the advent of internet, all students are not able to exploit it at the same level. Resulting the need, to help them with a parallel support so that schools with insufficient funding can provide competitive learning to students at par with those in wealthier school districts.

Internet has opened doors to a limitless world of information to quench our curios minds. We analyze in this article, how the notion of education has developed in post-internet era.

Adapting with internet era It is now common to see babies playing with mobile phones. They get amazed by its beep sounds, watch videos in mobiles while being fed, or even use the gadget as a random toy to throw and giggle. That is the level of exposure kids have, when it comes to technology. By the age of five or six, they are as good as an adult when it comes to operating a mobile phone. It would be unrealistic to complain about children spending time on mobile phones. It is high time to accept that mobile has become an integral part of their lives. They are the children of modernity and have adapted to be part of it.

According to a recently published article in ‘The Guardian’, mobile phones have helped in increasing literacy rates worldwide.

The new age gadget is developing a new system of communication.

Prevalent use of texting, posting and sharing of information over social media platforms among youth has influenced their capacity to read, write and analyze contents. The excess reliance on digital communication has enabled a generation to cultivate knowledge on their own.

Internet based technology has developed beyond imaginations to oversee linear ways of traditional education where a teacher indoctrinates a class of students within the prescribed syllabus and textbook. Education or knowledge acquisition derives new meanings in the present technology-oriented society. A student’s curiosity can be boundless when he/she learns that sun is a star and solar system is one among a limitless star-filled universe. The teacher or the prescribed textbook does not have all the answers for his/her curiosity. But with internet, a student could gather all the information he/she wants to know, depending on his/her capacity to understand the content available on the net. Thus, a student can be his/her own teacher in this internet era.

In a recent Global Shapers Survey of 25,000 young people from across the world, 77.84% of respondents reportedly have taken online courses in the past. A stat which shows how the reach of education has increased globally with the help of internet and web-based technology. Major universities around the world now offer online certification courses. Any desired and eligible candidate can pursue education with this new prospectus . Developing countries enhance their human resources through this amazing possibility of online education.

Students denied of higher education due to geopolitical causes can educate themselves with the help of internet. They can learn from the best tutors in the world. Governments and educational departments of developing countries are providing infrastructure for aspiring students . This increased exposure to quality higher education has equipped students from remote regions to take up different careers options. It has also elevated educational standards in such regions.

Researches show that Mobile learning is the way forward for education, and it is inevitable. 84% of the respondents from a recent Time -Qualcomm survey admitted that they could not go a single day without a cell phone in their hand. While, 44% said, they would leave their wallets at home but not their cell phones.

UNESCO’s website reveals that of the 7 billion on the planet, over 6 billion have access to a working mobile phone. To put this stat into perspective, only 4.5 billion people have access to toilets. The advanced way of mobile learning is attracting more people to engage with an involuntary learning process. By integrating info graphics, audio, video, text and other multimedia elements, a topic is conveyed in a wholesome manner . The flexibility of m-learning eases the time and space constrains. With internet, a student has access to any information, irrespective of time and place. However, for ensuring qualitative education through internet, concerned agencies should provide training sessions. Lessons on technical know-how, content monitoring and avoiding of irrelevant sites is important.

Socio-cultural and political discourses have become more democratic and transparent than before with the advent of social media and other online forums .

By bringing together netizens of similar interests and concerns, online communities and social media groups has paved way for cyber activism . Issues of forced displacements, online campaigns on relevant social issues, awareness programs, environmental campaigns, women’s rights, human rights, political shifts happening across the globe are now being discussed over the internet. A culture of global awareness is thus created through such discussions.

It is important to be politically conscious in a turbulent period of war, riots, poverty, disparity of all forms and human rights violations. This awareness about our fellow beings in other parts of the world may not develop in a formal system of schooling. Social media can captivate the attention of net users into relevant issues; even when someone isn’t necessarily interested in such issues. New features in smart phones like swiping and flicking allows an user to scan through news feed which may or may not be relevant to one’s interest. But, it increases the visibility of many issues ignored by mainstream media. Issues that are otherwise ignored or covered up by mainstream agencies are now discussed and taken up by online media. Internet, thus molds a person to be responsible citizen.

Hashtag-campaigns have become another vital channel to gather information across social media platforms.

Reports, news links and constructive discussions on a particular topic is now available under a common hashtag. Hashtag-campaigns supporting LGBTQ rights, women’s rights have spurred discussions among netizens. This reflects on how present generation is using new age tools to progress as humanity. Thus, digital spaces and online networking cultivates a sense of belonging with the whole world which was once strange to us .

Open libraries The number of books available in ‘pdf’ and other readable digital formats is mind-blowing. Most of which are free of cost and are easily accessible . At times when quality education is reserved for rich and the privileged, internet has opened doors to all, irrespective of one’s social positioning. Now, to access knowledge all you need is determination and internet connectivity.

Access to academics through internet is diluting the bridge between privileged and underprivileged. . More books are being digitized everyday and are available online. Meaning, more information is available online than on the bookshelves of inaccessible libraries. Students, researchers, and scholars now depend on academic sites to gather information. Thus, with less effort, any desired information is accessable with internet connectivity. Drawbacks Though cost effective, multi-dimensional and designed for new-age, E-learning has certain limitations. The chance of getting disoriented is a problem associated with Internet-based information gathering. Unwanted links and misleading information that comes with target data can cause distractions. Online advertisements, misleading links, malware, spams are common distractions while using the internet. Monitoring of content quality, issues of credibility remain as challenges of internet-based learning. The ways through which children are being misguided or exploited by cyber-criminals is another concern. Risks of getting cheating or imparted with misleading information increases with internet learning . The absence of a mentor or a teacher can prompt a child’s curiosity being exploited by cyber-criminals in online spaces. This problem can be managed with proper monitoring strategies. So, it is important to guide children into the digital world and make them aware of the cyber traps.

Learning and education have evolved with time. With the help of internet, the channels of learning are now free to explore. Here are few statistics to show the progress of digital education that is over taking traditional ways of education. UNICEF found that 40% of Vietnamese children surveyed in rural areas used internet for educational purposes, with 34% sending school-related text messages. In urban areas this hiked to 62% and 57% respectively.

India’s online education market size is estimated to grow to $40 billion by 2017 from the current $20 billion. More than half of the country’s 1.2 billion population falls under the target market for education and related services. Beginners, students, elderly citizens, and working class of both rural and urban areas, are all an audience and beneficiary of this delivery mechanism.

UNESCO and international educational organizations have accepted the scope of digital education. The goal of ‘education for all’ is thus attainable through online education mechanisms. If mobile phones could turn into libraries of digitized knowledge mines, access to pricey books would never be a hurdle to literacy.

Accepting that education starts from the mother and subsequently through human interactions and personal experiences, it is important to develop a shield of self-censoring and logical thinking before we could allow digital interfaces to overrule conventional educational systems.

This essay is the Consolation Prize for “Benjamin Bloom Student Scholarship 2017”.