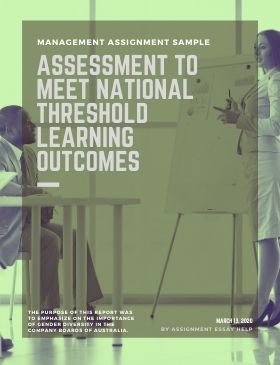 ‘MANTRA boss Bob East and tourism industry leader Andrea Staines have been appointed to the board of Tourism Australia.
The appointments, announced by Federal Minister for Trade and Investment Steven Ciobo, mark the first Gold Coasters to serve on the board since its inception.
Tourism Australia aims to support the Australian economy and the growth of the tourism industry by promoting Australia as both a leisure and business events destination.
“I am confident Bob East and Andrea Staines, with their substantial knowledge and experience in the tourism sector, will contribute to the success of Tourism Australia and ensure it continues to meet the challenges posed by an increasingly competitive environment,” says Ciobo.
East has more than 20 years’ experience in the tourism industry, currently serving as the CEO of the Mantra Group.
He has helped shape Mantra Group into the second-largest, Australian-based hotel company, making it a leading accommodation provider within Australasia.
His experience also includes serving on the boards of Gold Coast Tourism, Tourism and Transport Forum, Tourism Accommodation Australia and Gold Coast Football Club. East is also Chairman of Tourism Events Queensland and Chair of the Tourism and Transport Forum’s Accommodation Sector Panel.
Meanwhile, Staines is an accomplished non-executive director with experience on a range of listed, government, private and not-for-profit companies in the infrastructure, transport, logistics and retail service arenas.
Staines is a former CEO of Australian Airlines, a Qantas subsidiary flying between Asia and Australia, which she co-launched in 2002. This role saw Staines become Australia’s first female CEO of a scheduled passenger airline.
In addition to the appointments, existing member of the board Andrew Fairley will take up the position of deputy chair for 12 months from 1 July 2016.
The new appointments are for three years, from 1 July 2016.’

Assume you are employed in a management consulting firm and have expertise as a corporate governance specialist. Your client, Tourism Australian has requested you to provide a one page brief (maximum 250 words) specifying the essential criteria for a director to be appointed to the board of Tourism Australia.

The client has said; ‘Make it brief, I’m too busy to read a long document. You should follow the ideas of former UK Prime Minister Winston Churchill who stated:
‘To do our work, we all have to read a mass of papers. Nearly all of them are far too long. This wastes time, while energy has to be spent in looking for the essential points. I ask my colleagues and their staff to see to it that their reports are shorter. The aim should be reports which set out the main points in a series of short, crisp paragraphs…’
Winston Churchill, Memo to UK War Cabinet, 9 August 1940, During the Battle of Britain.

‘Directors warn the buck stops with chief executives in the latest salvo in the business culture wars between government, regulators and boards.
Australian Securities Commission chairman Greg Medcraft last week said that accusations he wants to change the law to hold directors criminally liable for wayward culture are a misunderstanding and he is not pushing for changes “at this stage”.
Tensions between directors and ASIC have escalated following the regulator’s cases against Westpac Banking Corp and ANZ Banking Group and Labor’s call’s for a royal commission into the banking sector which have given rise to accusations the regulator is seeking to become the culture police.
Directors including Qantas Airways’ Jacqueline Hey, Australia Post chairman John Stanhope and founder and director of IBIS World Phil Ruthven told an Australian Institute of Company
Directors lunch on Wednesday that while boards can “set the right tone”, the buck stops with the CEO.
“CEOs set culture not boards,” Mr Ruthven said.
Patrick Durkin ‘Directors of boards warn that buck stops with CEOs’ The Australian Financial Review Thursday 14 April 2016, p.8

Assume you have been engaged as a corporate governance consultant to a board of directors of a public company listed on the stock exchange. Your assignment is to prepare a report to be submitted to the Chairman of the board explaining and analysing how the company should define and delineate the separate roles, duties and responsibilities of the company’s board of directors from those of the CEO. Your report should contain specific recommendations on the separate roles of directors and the CEO. The Chairman has specifically indicated that she intends to make your report available to shareholders of the company and that the document will be published on the company’s web site.

‘Since detailed data on corporate governance indicators first became widely available about 25 years ago, evidence has emerged that simple top-down strategies favoring well-run companies could yield outperformance. However, probably because this effect became known to many investors, that simple approach seems to be no longer effective. None the less, we do identify some ways in which investors can still adopt strategies that may be able to take advantage of corporate governance indicators’.

“One is a token, two is a presence, three is a voice. Sound familiar? This seems to be the effect of placing women on corporate boards. Although corporate leaders may think otherwise, academic research seems to find this effect again and again.

In Australia, women hold 14.2 per cent of board chairs, 23.6 per cent of directorships, and 15.4 percent of CEO roles. In recent months, the Australian Institute of Company Directors (AICD) and the Business Council of Australia (BCA) have called for greater gender diversity in Australian boards.
There was an attempt by senator Nick Xenophon to legislate gender diversity in Australian government boards; however, the bill was later rejected by a government-controlled Senate Committee.
The AICD has set a target of 30 percent female board members and urged S&P / ASX 200 firms to meet the target by the end of 2018’.
Reza Monem, “Three women is not a crowd on a company board’, The Australian Financial Review, Friday 22 April 2016, p.35

Required:
Assume you have been employed as a corporate governance consultant by a company listed on the Australian Stock Exchange and ranked within the ASX 200. The Chairman of the company has decided to address the issue of gender diversity on the company’s board to ensure the board meets the AICD target by the end of 2018. As an initial step in the process of increasing the gender diversity of the board the Chairman has employed you to prepare a report that critically analyses and assesses the evidence that gender diversity on a company board is associated with improved business performance and also provide recommendations on how the company should initiate a gender diversity policy for the board. Your report will be tabled at the next board meeting for board members to review and evaluate your recommendations.

‘There are many examples in Australia of whistleblowers being retrenched or punished for being brave enough to reveal issues in the public interest.
It is unfortunate but not uncommon for whistleblowers to be forced to take costly actions through the courts or Fair Work Commission after losing their jobs.
The move to uncover best practice in whistleblowing in the private sector is timely given the recent high-profile scandals at Target and CommInsure as well as the allegations of a broken corporate culture which was raised during Labor’s call for a royal commission into financial services. Whistleblowers revealed unethical behaviour at the Westfarmers-owned discount department store Target and at the Commonwealth Bank of Australia subsidiary CommInsure. The Target case involved an unknown person in the accounts department tipping off management about the use of supplier rebates to create about $20 million in additional profits in the half year to December.
Seven people have been sacked following that disclosure and former Target CEO Stuart Machin has left Westfarmers while denying all knowledge of what happened.
In the CommInsure case, chief medical officer Benjamin Koh claimed doctors were pressured to change medical reports, patient’s files were deleted and claims delayed as part of a strategy to avoid policy pay-outs. Koh lost his job for breaching CBA’s IT policy relating to taking client files home. But at this stage it would appear his actions have been vindicated given that CBA chief executive Ian Narev has apologised for what happened’.
Tony Boyd ‘ASIC backs whistleblower project’, The Australia Financial Review, Friday 15 April 2016 p.40

Assume you have been employed as a corporate governance consultant by the Australian Shareholders Association (ASA). The ASA is concerned with the risks associated with investments in corporations that do not have a ‘best practice’ whistleblower policy. In order to minimise this risk the ASA wants to know what are the best-practice contemporary standards for whistleblower policies. Your assignment is to prepare a report to be published on the ASA web site recommending best-practice whistleblower policy for adoption by listed companies on the Australian stock exchange.

The purpose of this report was to emphasize on the importance of gender diversity in the company boards of Australia. It has been proved by the recent research studies that were conducted worldwide that for the achievement of business success, it is a must to achieve gender equity at workplaces. Pooling together a diverse range of proficiency on board is a vital part of good corporate governance. In this effort, the Australian Institute of Company Directors (AICD) has set a target to include 30% female board members for the ASX 200 firms by the end of the year 2018. The report critically analyses the fact that gender diversity is correlated with the achievement of business goals. The various ways through which gender equity can be initiated in the board have also been discussed thoroughly…………….