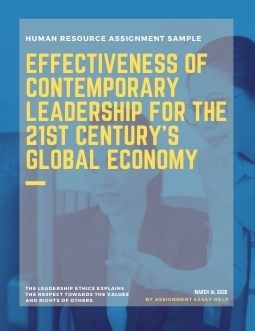 Leadership is the most influential and attractive personality trait of an individual. The leaders were always those people who gave something extraordinary to the world and society. The impact of leaders is immense on their followers in terms of motivating them to perform ethically and morally along with identifying capabilities and potential. This world has got so many leaders in different fields, and social service or humanity is one area where the world has witnessed the plethora of leaders who have overshadowed the problems and challenges of poor people (Schein, 2006). Out of them, Mother Teresa is one of the most influential leaders who have worked in India for poor people. It is a reason that very recently she has been declared a saint and has become an inspiration for lakhs of people around the world.

In the recent ceremonial event in the Vatican City Pope declared that she was available for every kind of person, and she dedicated her life for their benefits and growth. The evolution of leadership stated that earlier the authority and power were considered to be a parameter of leadership. Later on, it converted into an influential position and currently, the leaders are those people who inspired this world by their actions. Mother Teresa, however, has influenced people to take the path of charity, social service and humanity. Her work was not as easy and seen as filthy. There are not so many people who can actually put their foot in their shoes and can act for such social service with deep devotion (Hitchens, 2012). However, there are so many people who actually donate largely to well-being for the benefits of poor people…………