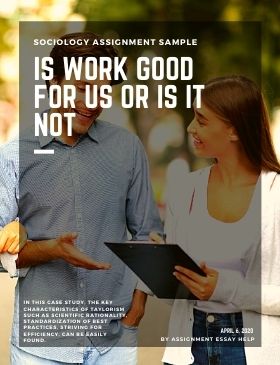 In contemporary societies, especially after industrialization, work is seen as something evil, precisely, because it is seen to be alienating human beings from their roots. Marx borrows this basic sense of alienation from Hegel and elaborates how in the capitalist societies, alienation is not limited to the lives of individuals, and instead, it becomes a part of the collective—religious, philosophical, political and the economic spheres being its integral part (McLellan 1980: 118). In modern capitalist societies, alienation can be seen in the manner work is devised based on the division of labor, which devalues human labor to mere animal labor. Human labor is full of creative possibilities, whereas animal labor is just directed towards narrowly fulfilling goals through various means (McLellan 1980: 119). To illustrate, workers in factories are made to work as per the machine works as against in primitive societies where tools or machines were just artifacts to human will and creativity. Another reason for alienation is that a worker in a factory could not see how her labor is taking the shape of a commodity and that force the worker to suffer as her labor is merely objectified and traded as a commodity. In this process, work for us become like we have to work just to earn for fulfilling our desires of buying other commodities. Even, in factories, the labor force is coerced so much that they don’t feel they are alive rather just become a material required to produce commodities. Although the concept of alienation was coined in the context of mass-production based on newly industrialized societies, particularly prevailing in the mid-19th century, I see, almost after two centuries, the alienation prevails in our modern/post-modern service sector-oriented contemporary societies.
In my view, in the current societies, we are encountering a more pervasive form of scientific management or Taylorism. Now, not only we have industry workers who at least create some tangible products, we have workforces who are engaged in sustaining a service industry that produces completely intangible things like banking software. In this, the key characteristics of Taylorism such as scientific rationality, standardization of best practices, striving for efficiency, can be easily found. At the same time, we see there is an increasing amount of energy and resources that are diverted into strengthening the management of firms. Especially, in the Australian context, we can see the number of B-schools that have come up offering different faculties and specializations. A master in business administration from a prestigious university can land one in the top of the management with highly attractive paying packages. Taylorism (Braverman 1974) can be seen pervasive as one of the common faculties of management schools are ‘human resource management’. This precisely shows the extent of alienation we have reached today, humans are now being just a resource for us to be exploited and organized to give higher productivity. Firms are ready to pay huge pay-packages for these managers precisely because they are seen instrumental to cut down significant portions of transaction costs that can result in its downfall in this highly fragile market economy…………..