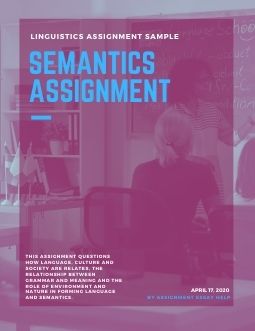 Language, as Saussure has said in his Course in General Linguistics (1916), cannot be derived directly from the speech but reduced to only, and thus we see this as the result of the 'social crystallization of speech'. From, Saussure to Bakhtin, we get the ideas about language as 'social'; its importance is seen in Saussure's concern with 'social' with historical times and with the 'speaking mass' when he presents the life of sign as unpredictable, a defining feature of culture in poststructuralists. Saussure's statement that language or langue is 'both a social product of the faculty of speech and a set of necessary conventions that have been adopted by a social body to permit individuals to exercise that faculty' clarifies that language is dependent on the cultural milieus for the signs cannot exist in any single individual, but only in a 'collectivity.' It's what makes Saussure think that the social product is the 'concrete objects' of linguistics which he calls 'langue or linguistic structure'. But Saussure's belief on language is different for he considers that its not voluntary participation in language, and therefore he differs in calling language a social institution from William Dwight Whitney, an American linguist, and philologist. Whitney in his famous book, The Life and Growth of Language: An Outline of Linguistic Science (1875), notes that language is very similar to other socially formed institution, and therefore he calls it a social institution. Although Saussure doesn't agree with the arguments he provided, he credits Whitney for asserting the arbitrary nature of linguistic signs in his influential book in the chapter on the ‘Immutability and Mutability of the Sign'.

The similar conventions are seen in Wittgenstein's second major work, Philosophical Investigations (1953). He abandons his 'picture theory' of his first work and takes recourse of the 'use theory' to understand language. In his PI he goes on to say that the meaning of a word lies in its use; when we look at the color yellow we feel it as yellow because in the picture its different than the other colors as red or blue, but let’s take water for example. The shape of water would change if we change the container, or the meaning of the words often changes in a different context because of its use, therefore in his present work, he adopts the theory of use which is set in the 'social' milieus.  He notes that conceptual confusions surrounding language use are at the root of most philosophical problems, contradicting or discarding much of what he argued in his earlier work, the Tractatus Logico-Philosophicus.  He asserts that meaning in language is obtained not by the mental representations one might associate with them, but by their use. He rejects the idea that ostensive definitions can provide us with the meaning of a word because there is no difference between pointing to a piece of paper, to its color, or to its shape; but understanding the difference is crucial to using the paper in an ostensive definition of a shape or of color. He begins with St. Augustine to show his limited conceptions, and he further presents his own arguments based on his statements;

These words, it seems to me, give us a particular picture of the essence of human language. It is this: the individual words in language name objects—sentences are combinations of such names.——In this picture of language we find the roots of the following idea: