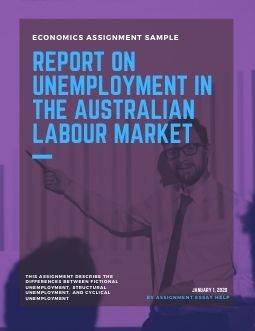 Unemployment is the most arguable policy issue that is presently faced by the government of any country. It is observed that most of the economy in the world has an unemployment rate of a minimum of 8%. A country with an unemployment rate of less than 8% is defined to be a well-developed country with proper implementation of the policies to balance the economy of the country. Out of all economic problems, unemployment has been defined to be the most devastating and persistent problem of any economy (Haugen and Musser, 2011).

Unemployment in Australia: definitions and trends

The unemployment in Australia can be defined as for encompassing of all people how are above 15 years of age and have not undertaken any paid work during the survey. They may have worked before or after the survey. To define long term unemployment, we can consider the population that is unemployed for around 52 weeks or more (Chindamo and Uren, 2010). The present unemployment rate in Australia is 6%.