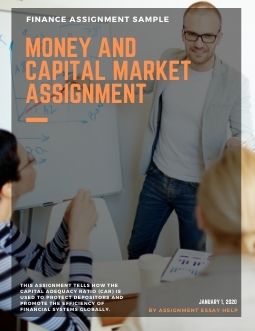 An important part of the regulatory controls over banks is the capital adequacy requirement. The forces banks to maintain sufficient risk-adjusted capital to support the credit risk they assume in their lending portfolios.

Below is breakdown of the assets held by Geelong Bank.

A considerable body of academic research supports the argument that the slope of the yield curve (the spread between short term and long term interest rates) is a reliable predictor of future economic activity. Investors and policy makers have extensively used yield curves as a simple forecasting tool in real time to better understand business cycles.

Banks are high-risk takers since their asset is money either as cash or in the form of other deposits (Pasha, Srivenkataramana, & Swamy, 2012).

Commercial banks have been consistently concerned with both international competitiveness as well as capital ratios. This concern laid the foundation for the Basel Accords in 1988.  The accords were an agreement between central banks of G-10 countries. These agreements stated the minimum capital standards of central banks and were designed to address the issues surrounding credit risk. (Pasha, Srivenkataramana, & Swamy, 2012)

The capital adequacy ratio (CAR) is used to protect depositors and promote the efficiency of financial systems globally.  This international standard is used to measure the bank's risk of insolvency Vs SIB (Prudential Standard APS 112, 2013).

On the basis of the basic assumptions given in the question with respect to Geelong Bank, the calculation of the capital adequacy requirement for Geelong bank is as follows:

The Basel standards define Tier I capital also called basic equity or core capital. These are investments that acquire losses despite insolvency by the institution (Basel Committee on Banking Supervision, 2013) .

On the basis of this definition, we can calculate Tier 1 capital of Geelong Bank as

Weighted risk assets are calculated below:

In terms of Residential Mortgages, the requirements are different because of the following condition with respect to Geelong Bank:

Thus, the total risk is calculated as follows:

The Basel Accords state that at least 50 % of a bank's capital should be held as Tier 1 capital (Prudential Standard APS 112, 2013).  This is because Tier 1 capital has no credit risk since