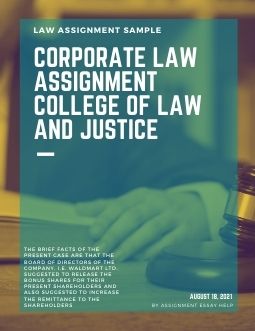 Jim Smith is the manager of Better Super Ltd which holds 4% of the shares in Waldmart Ltd. Jim and a number other shareholders are unhappy with the proposal put by the Waldmart Ltd. Better Super Ltd and the other investors are of the view that the bonus share issue is unnecessary and the increased dividend is most unwise in these unstable financial times.

Better Super Ltd and the other shareholder seek your advice as to the following:

Facts of the Case:

Power of the company to issue shares: