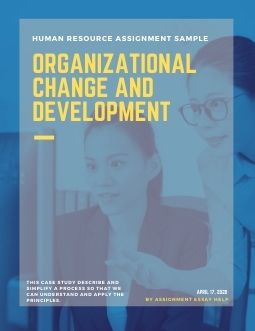 Q.1 Models of organisational change
The focus of Topic 3 is on models of organisational change.  Such models are useful in that they describe and simplify a process so that we can understand and apply the principles. The models described have proven their value but all focus on very different processes and outcomes.
From your knowledge of different organisations, either from experience or from the business press, identify companies and their changes that fit:
• Fine-tuning (anticipatory and incremental)
• Adaptation (reactive and incremental)
• Reorientation (anticipatory and discontinuous)
• Re-creation (reactive and discontinuous)
In your opinion, which of these changes was most successful ? Why ?
Q.2 The need for change
In Topic 4 we address issues of recognising the need for change, starting the change process (Part 1) as well as diagnosing the need for change and gathering and interpreting information for diagnosis (Part 2). Change occurs as a process, not as an event. Organisational change does not happen because there was an announcement, a kick-off meeting or even a go-live date. Individuals do not change simply because they received an email or attended a training program. When we experience change, we move from what we had known and done, through a period of transition to arrive at a desired new way of behaving and doing our job.
Based on your experience at work or elsewhere, list any problems you have encountered in the early stages of the change process that have been associated with:
• choice of change agent
• quality of the change relationship
• identification of the group to be targeted for change
• specification of the change issues.
Q.3 Resistance to change
One of the commonly cited causes for the lack of success of organisational change is ‘resistance to change’. As such, it is not surprising that it is a phenomenon that encourages some strong responses.
• What symptoms of resistance have you experienced?
• Have you experienced both active and passive forms?
• Have you experienced them as a resistor yourself (as a recipient of change)?
• Have you experienced them as someone responsible for the management of change (as an initiator of change)
If you could rewind the clock would you do anything differently?
Human Resource Assignment Solution

Human resources as a subject have been considered highly qualitative in its aspect and seen to be a choice of people who prefer elucidations over figures, though in recent pieces of literature Human resources have been identified to directly contribute to profits. The associated dimensions of human resources are majorly related to training, facilitating, recruitment and compensation. When looked into the professional opportunities, very limited offers seem to be available for HR’s in areas of compensation, and, recruiting has proved to be a target based job that has its own associated risks, difficulties, and challenges. Under such circumstances, most HR professionals tend to choose among training or work as a learning facilitator in either organizations or other learning units like colleges and training centers………………